On December 19th, 2018, 75 pupils from grade 12 had the chance to see live on stage for about 90 minutes what most of them they had read in their English courses before: Shakespeare´s Macbeth, one of the bard´s best and most famous tragedies. And again this time the actors and actresses of the ADG Europe did an outstanding performance as they managed to transport fascinatingly the development of the protagonist´s character, torn between good and evil on his way to absolute power, into the young audience. It is more than remarkable that the company members do not just play one role but take on different roles in the same play. This performance has probably made a long-lasting impression on the pupils as some of them even said that it was the best performance they had ever seen at school.

Many thanks to the ADG for this performance of Macbeth! 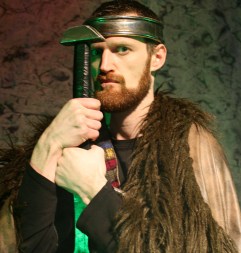