In years 5, 6 and 7 the lessons are the same for every student: out of tradition and conviction Latin is taught as the first foreign language. To consolidate the English skills the students have acquired during elementary school, they attend a so-called "Brückenkurs" (bridging course) in year 5. In year 6, they then start learning English as the second foreign language. In year 8, students can choose between three different branches: 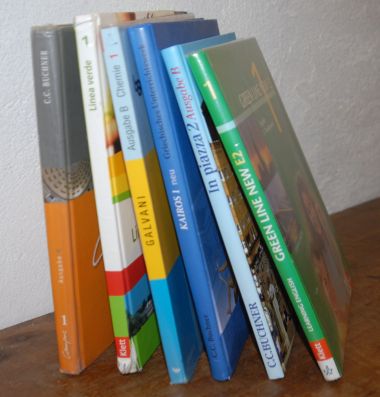